Alzheimer’s Disease vs. Dementia: How to Tell the Difference

Over five million people in the United States have Alzheimer’s disease. It’s a chronic, non-curable disease. Dementia and Alzheimer’s are entirely different, but they are often grouped together, to the point of the two being interchangeable. There are significant differences between these two conditions, including prognosis and care plans. We’ll break it down for you…

In the early 1900’s, a German doctor named Alois Alzheimer treated a patient with memory loss, strange behavior, and actual shrinkage of the brain. From there, Alzheimer’s disease was introduced. Dementia has been around for ages, and had other names and categorizations until dementia became the accepted term for this broad category of brain disease.

In 1976, neurologist Dr. Robert Katzman declared Alzheimer’s disease as the most common form of dementia, linking the two diseases together while formally giving them separation. The number of people with dementia and Alzheimer’s disease continues to grow each year, as the size and proportion of the American population 65 and older also expands. It’s estimated that by 2025, over seven million Americans will have some sort of brain disease, a 40% increase over today’s numbers.

Knowing the Differences: Alzheimer's vs. Dementia 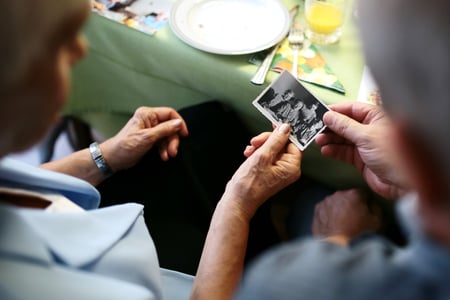 Knowing what causes Alzheimer’s Disease and dementia can be important to protect your health. While some might wonder which is worse, Alzheimer’s or dementia, the conversation is more complex than it seems on the surface. Knowing the truth can better prepare you for a future with one or both of these conditions.

First off, dementia is a group of symptoms. It is not a disease. Think of dementia as an umbrella term. Dementia is a brain disorder that affects mental tasks like memory, reasoning, and impairs thinking. It’s often associated with the cognitive decline of aging and can be caused by a few different things such as Huntington’s disease, Parkinson’s, or cannot be linked to any specific cause or ailment at all. Again, dementia is just the symptoms. Unlike Alzheimer’s disease, dementia can be reversed in some cases. Hypothyroidism, vitamin B12 deficiency, Lyme disease, and neurosyphilis can all contribute to dementia and can be treated with drug interaction or vitamin supplementation.

Alzheimer’s disease is the most common cause of dementia and accounts for 50-70% of all dementia cases. It’s thought to be caused by the death of the brain cells responsible for memory function. Symptoms of Alzheimer’s disease include impaired thought, difficulty with speech, and confusion. Two-thirds of all cases are women, and the risk factor of contracting Alzheimer’s disease doubles every five years at age 65 and up. Alzheimer’s is irreversible and degenerative. Unfortunately, it’s the only disease among the top 10 causes of death in America that cannot be prevented, cured, or even slowed.

How to Diagnose Alzheimer's vs. Dementia

When diagnosing Alzheimer’s vs. dementia, understanding the differences is crucial. Especially because Alzheimer’s is a type of dementia, not a separate condition. However, while it’s always important to get a proper medical diagnosis, there are some key differentiators between the two that can help you figure out which one’s which.

The most common difference is the fact that the symptoms of dementia are responsible for major lapses in memory and mental capability. Examples can include gaps in long-term memory such as loved one’s names, impaired judgment, or a significant lack of focus and concentration.

However, Alzheimer’s is based on the psychological effects of the disease. While every type of dementia can be frustrating, Alzheimer’s is a lot more degenerative on an emotional level. This can include severe mood swings or depression, significant changes in personality, and overwhelming confusion on a daily basis.

If you recognize these symptoms for a loved one, it can be difficult to figure out what to do next. But the first step should be to talk with a doctor about these symptoms. It may be time to consider memory care options. It’s important to sit down with loved ones and discuss options for memory care programs.

Memory care programs like the ones at Walker Methodist are becoming an increasing necessity as the number of individuals with dementia and Alzheimer’s increase. Memory care is a distinct form of senior care that’s provided by professionally trained and skilled nurses, resident assistants, and staff who are prepared to cater to the individual needs of each and every memory care resident.

We take great pride in assisting our residents in memory care to live their lives as stress-free as possible in comfortable, caring atmospheres. Some of the amenities and programs we offer at Walker Methodist include:

Every individual is unique and their care plans must reflect that. Needs change at different stages of the disease, and each family situation is also unique. Choosing care for your loved one can be such a tough decision, and it affects many, many families. We help people make those decisions every day, with great care and humility.

Dementia and Alzheimer’s aren't the end of people’s stories; they’re just another chapter.