Sodium and the Senior Diet 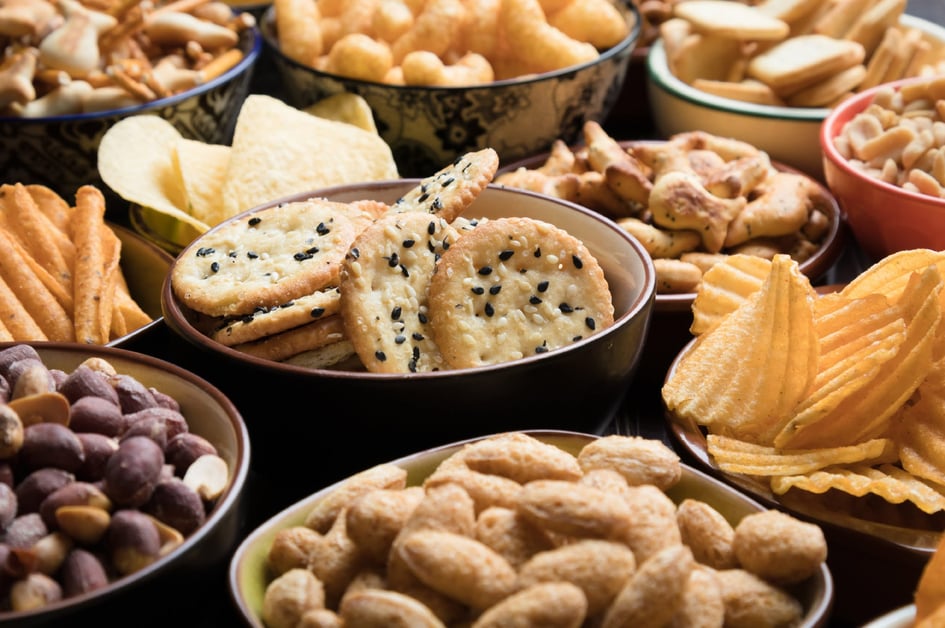 Have you ever found yourself feeling extra thirsty after eating a meal or particular snack? How about feeling bloated or retaining fluid? In both of these situations, the culprit is likely the sneaky effects of the sodium hiding in your food.

The old proverb “all things in moderation” applies to sodium just as it does with so many other things. Sodium is a necessary nutrient. Without it, you may find yourself dealing with fatigue, drowsiness, muscle weakness and more. So how much is too much? And how does sodium consumption differ for seniors in particular?

In this blog, we will discuss where sodium is found in the diet, why it’s necessary, how it can be harmful in too large of quantities. We’ll also touch on some ways to ensure you’re getting the right amount of sodium necessary for your continued health.

What is sodium and where is it found in the diet?

Why is sodium necessary?

Sodium is a vital electrolyte that regulates fluid levels in the body, assists in neural transmission, and maintains normal blood pressure. Sodium deficiency can manifest in mild symptoms like fatigue, irritability, nausea, and vomiting. But if the deficiency is large enough it can also have serious symptoms like seizures and loss of consciousness.

Older adults may be particularly at risk for sodium deficiency. Certain medications commonly prescribed for the elderly, such as diuretics and pain medications, contribute to sodium-deficiency. Age also brings a greater likelihood of developing chronic kidney disease or heart failure. These conditions cause fluid buildup, diluting sodium in the body and putting older adults at a higher risk.

How can sodium be harmful?

How much sodium should older adults be getting?

One of the best ways to regulate sodium consumption is by eliminating processed foods as much as possible. These foods are often loaded with sodium to make them taste better.

This is why it is so important to try to prepare whole foods. Aim to use fresh fruit and vegetables, meat, fish, poultry, etc. If you are using canned foods such as vegetables or beans, be sure to rinse the food with water prior to use, as this helps to remove some of the sodium. A diet composed of primarily whole foods is likely to provide you with the sodium you need without going overboard.

Eliminate the salt shaker from the table. Even a few shakes from the salt shaker can add far too much. When preparing foods try using other spices and herbs in order to get some great flavor! Some examples of flavors that can replace sodium are lemon, garlic, cinnamon, and pepper.

Another key to maintaining a proper sodium intake is reading nutrition labels. Remember when we talked about the %DV on nutrition labels above? If you’d like to add more sodium to your diet you may want to look for foods in the 10-15% range. If, on the other hand, you need to decrease your sodium intake, look for those foods that are below 5%.

How does Walker Methodist ensure proper sodium intake for residents?

Since 65% of adults are at risk of, or currently suffering from, some form of malnutrition, Walker Methodist takes senior nutrition seriously. By employing in-house chefs we ensure that all of our meals are properly balanced, including sodium content.

Every resident of Walker Methodist is an individual, and we care to personalize nutrition plans to each person’s unique needs. Multiple dining options, from an informal deli to restaurant-style dining and private dining rooms and catering, keep things fresh.

Whether it’s too much or not enough, it is very common for older adults to get an unhealthy amount of daily sodium. It is tempting to satisfy cravings with salty snacks, but it is important to remember the health risks associated with high sodium consumption. But don’t forget to get the sodium that you need! After all, you cannot live on bread and water alone.