Meet the Ladies of the Afternoon: Highview Hill’s Wii bowlers 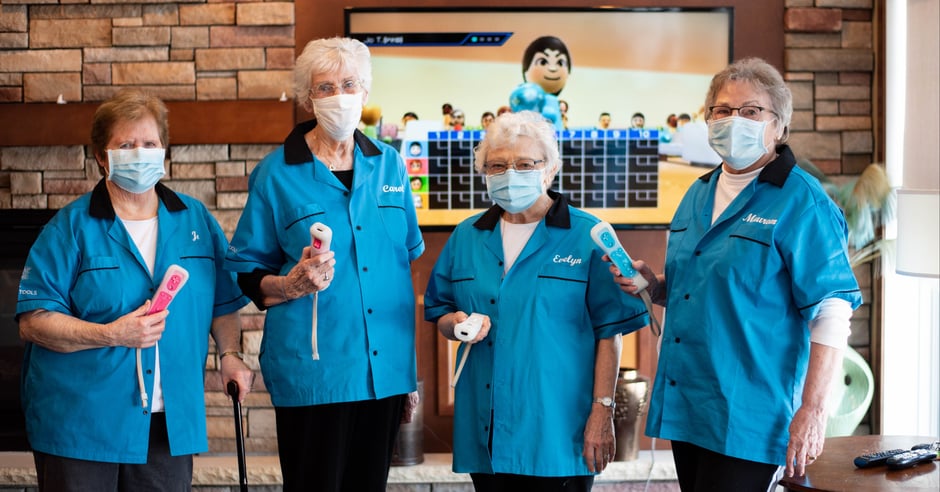 When all four women moved to Highview Hills in 2018, they met at an event hosted by fitness technician Nick. Nick was setting up Wii bowling teams for residents, and they each decided to sign up. “Nick is a cheerleader,” said Evelyn, “and it sounded fun.” Carol, Maureen, and Jo all agreed: this seemed like a great way to meet people and make friends. Turns out they were right—three years later, the ladies have their own bowling shirts and compete in a national league.

“We’ve all become friends,” explained Carol. “People even come to watch and cheer. Whether you bowl 135 or 200, we have a great time.” (“Sometimes it gets loud,” added Evelyn, with a smile.) Even without a crowd, the women hold their breath when someone attempts a spare. They cheer for their friends, whether they bowl a strike or miss every pin. 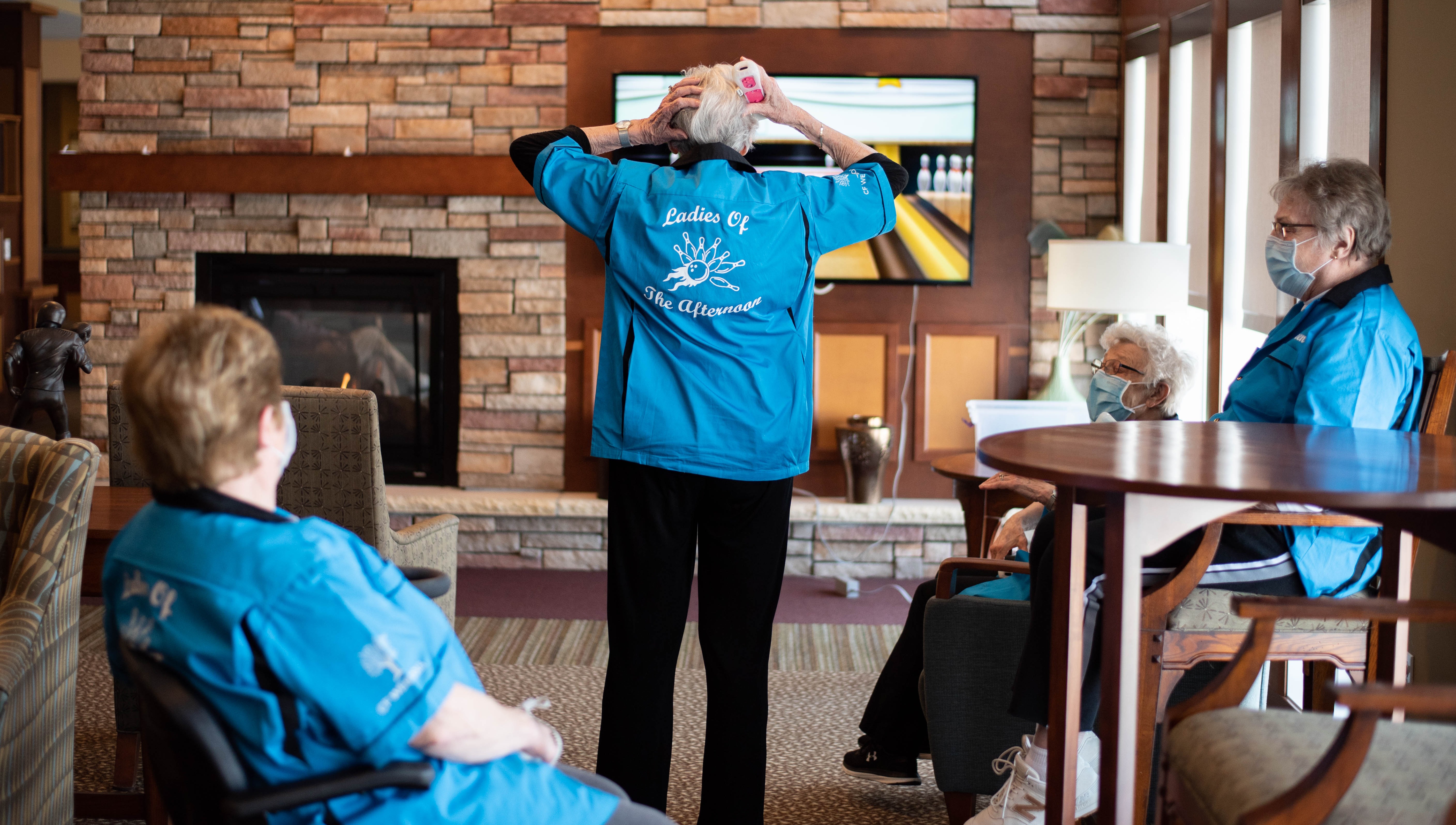 The Ladies of the Afternoon compete in a national league, bowling against teams from states all across the country—Florida, Georgia, and even another team from Minneapolis. After bowling, they send their scores to Nick, who submits them to the league. “The team at Highview Hills is fantastic. They keep our minds and bodies active, and they find things we can do safely during the pandemic,” Carol said. Thanks to Nick’s invitation and help, the Ladies won their division in 2018. The highlight, according to Jo? Attending a special banquet. At the end of the day, though, Wii bowling at Highview Hills isn’t about winning awards or getting recognition. It’s about staying active and building community.

The Ladies of the Afternoon aren’t the only Wii bowling team at Highview Hills. Other groups reserve time slots throughout the week to connect, bowl, and share laughter. “Some people think they can’t bowl or won’t be any good, but they give it a try or come to watch,” said Maureen. “They want to be part of something. And Highview Hills is a place where people can belong.”