When Orin moved into Walker Place in 2009 at age 79, he’d been running marathons for more than a decade. Now Orin is 91 years old, and though he ran his last marathon (Grandma’s in Duluth) at age 85, he’s still a runner—but he wasn’t always. 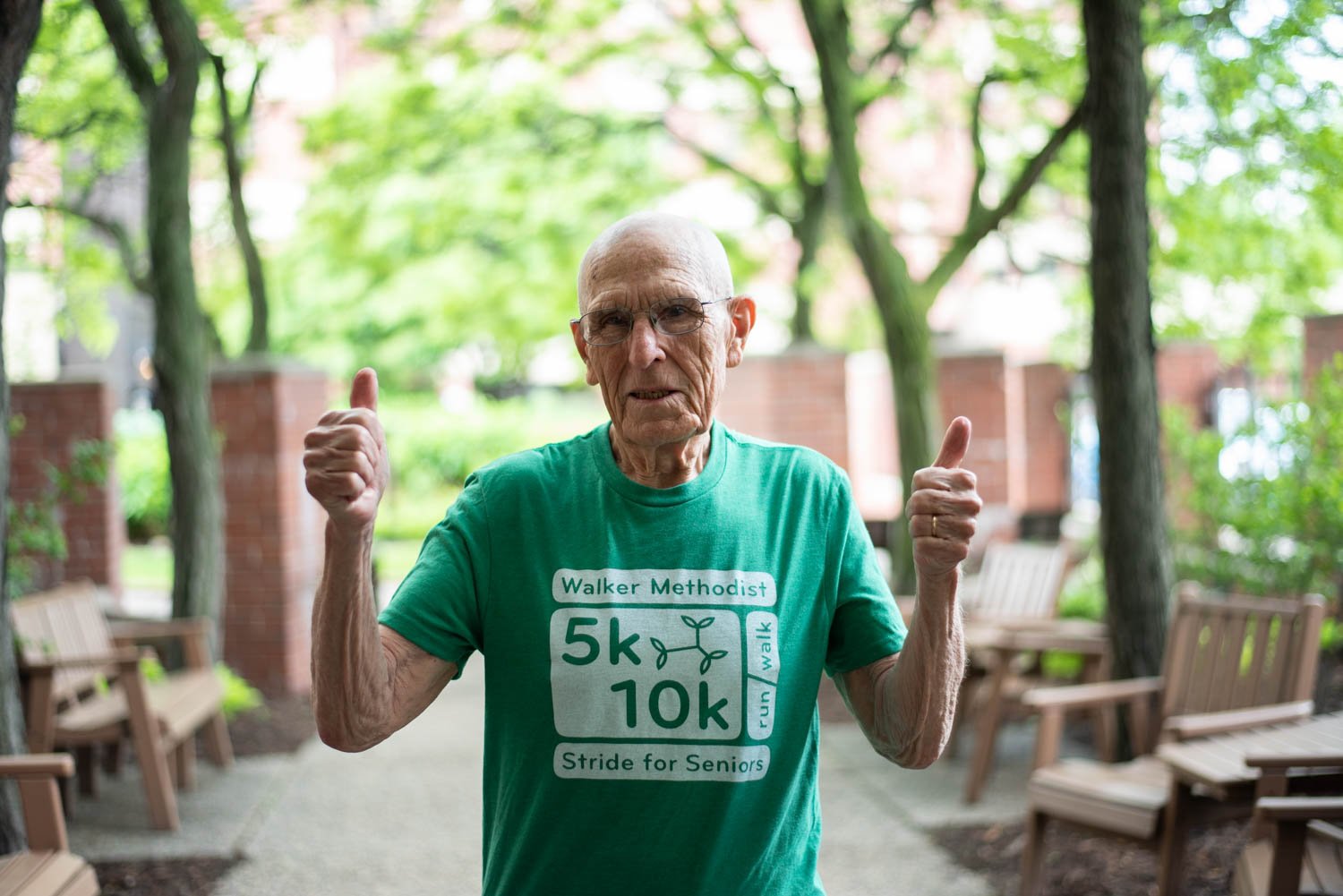 Years ago, Orin was camping in Big Sur, CA, when he saw his first marathon. His son was running, so Orin went to watch him. After officials with huge megaphones announced the start of the race, Orin went back to his tent and considered what his doctor had told him recently: more exercise would be good. “I thought, ‘Maybe next year I can run this,’” said Orin. “My son and daughter-in-law said they’d run with me, and my granddaughter would be there to watch.”

The next year, Orin ran his first marathon at 65 years old. Humble about his impressive accomplishments, he mentioned, “Almost anyone could run a marathon—you just have to work on it.” What started out as a way to improve his health became a challenge Orin enjoyed, and now his passion for running is also a way he supports his community at Place.

Every year, the Walker Methodist Foundation hosts the Stride for Seniors 5k/10k. With the goal of raising funds for more than 3,000 residents served annually, the race is a much-anticipated event for team members, residents, and families alike. Though the race is usually hosted at Lake Harriet in Minneapolis, last year a unique opportunity was presented: a virtual race. This option allowed people from across the country to participate, too. Last year, when the race went virtual, Orin joined in by riding his exercise bike in his apartment. This year, however, he’ll be lacing up with the team of racers at Lake Harriet, like he’s done every year since 2010.

Orin’s happy to support the community he loves. “Walker’s been awfully good to me and my late wife Donna,” he commented. Join us—and Orin—on June 5 to stride for seniors! Virtual and in-person options available.