The Spaces & Places of Max Steele 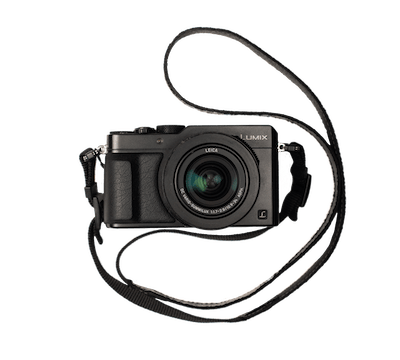 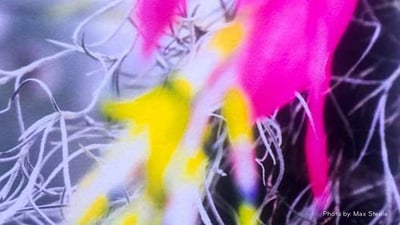 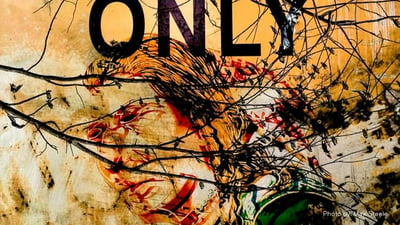 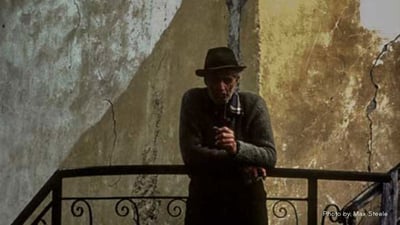 Max Steele is a visionary designer and architect. He made his reputation in the commercial real estate industry by creating magical places to live, work, and play.

And since 2019, he's a Walker Methodist resident.

For someone who spent 55 years in the professional world of architecture, design, art, and intentional space, you would think the transition to a new housing community would be difficult. But for Max, it was like honoring his legacy.

I love being at Walker Place because I love telling my friends that I live at Walker Center and they think I’m talking about the art center. 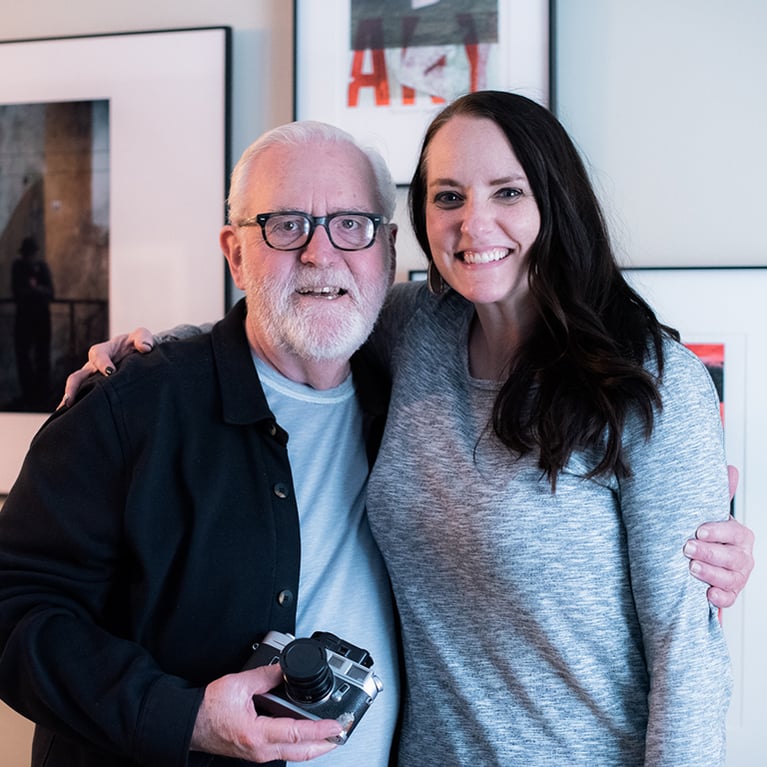 “I love being at Walker Place because I love telling my friends that I live at Walker Center and they think I’m talking about the art center," said Max Steele, his eyes bright behind his dark eyeglass frames. He’s good-humored and a calm individual, someone who clearly has spent most of his life studying functionality and form and appreciating every last detail.

Max lives in a well-lit apartment at Walker Methodist’s Place. The walls are covered in his art and inspiration, each piece meticulously and artfully hung with precision. The individuality and uniqueness are what makes Walker such a vibrant, incredible community.

“Walker is a place for me. It’s just like my design work that I do, where I think the goal is to establish a real sense of place. A place that has some character, and has the people who are interesting to you. It’s a great place and I’ve found many friends here. I’m always able to go down to the living room or over to the dining room and run into people.

From the Pacific Northwest to Middle America

Max relocated to Minneapolis from Seattle after spending 15 years in the Emerald City.

“I moved to Minneapolis to be at Walker through the advice of my daughter, who’s a student in MCAD here [in Minneapolis]. My sister also lives here with her husband and their family, and so it was kind of a natural place for me to return to after being in Seattle for the last 15 years. I have lived all over the country — all over the world, in fact. I’ve lived in lots of places at different times.

“Now I’m retired from being an architect, and I’m now focusing on my work, shifting a little bit to art and photography.”

A Life Spent Building a Career

Max has a unique way of seeing beauty in ordinary objects and events. He has won several distinguished awards from his five decades as an architectural designer. Now as a fine art photographer, Max’s artistic work is being exhibited at galleries around the Northwest and California.

“My career has been very … how can you say it? Wacko, in some ways. It’s circuitous. I’ve been all over the country and world doing different things, but I started as an architect. I have been an architect for 55 years. I started in Illinois where I grew up and went to the University of Illinois in Champaign-Urbana and then went to graduate school in Seattle at the University of Washington.

"And if I had not left Seattle that year, I probably would’ve still been there the whole 55 years. But I decided I wanted to really move around and see other places. And so I said, I want to go work for the best architect in the country. Mitchell Giurgola was my target. They were a design office that won the competition to do the A.I.A. headquarters building in Washington, D.C., and they had just been published.

"Giurgola was a business person. He asked me what kind of work I had done and I brought the work out and I showed it to him and he said, 'Are you kidding me? This is not really the kind of work we do.' But then he said, 'I really like you and I like your work. It’s good design work.' So I got the job.

"It was an eight-person firm at the time, and that firm grew to 180 people within two years. So I spent my early years in Philadelphia, studying and becoming an architect for the first time.”

It wasn’t very long, about three years, when I realized that I did not like being an architect. The real science of being an architect, drawing up bathrooms and stair towers and lots of complicated [details] and managing people, managing the projects, was more business than I wanted to do.

I wanted to be the designer. 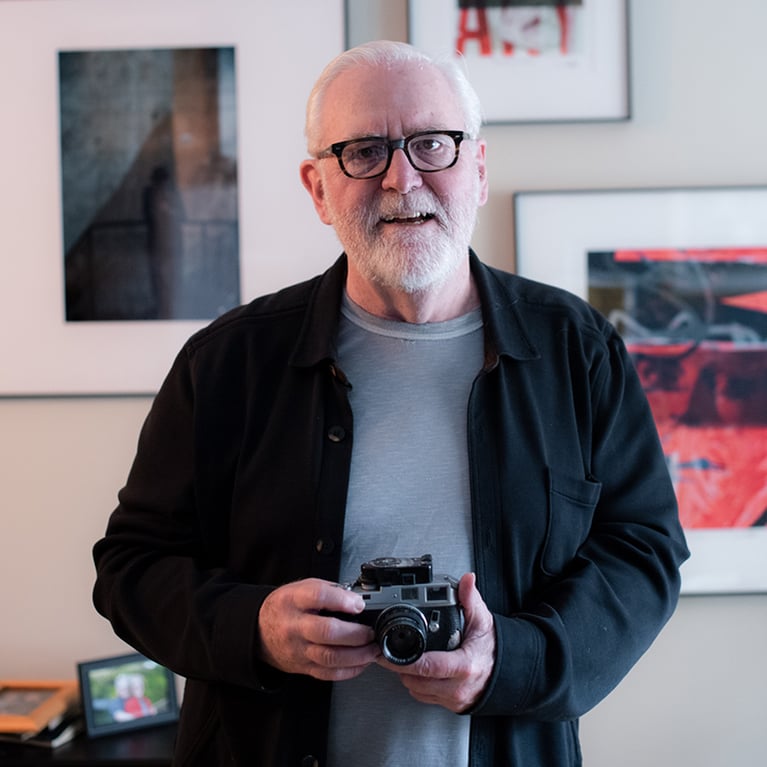 From Student to Teacher

Just like that, Max knew there was more out there for him.

"So I approached some friends and we talked about lots of things and realized that I wanted the chance to be a teacher.

"So I applied for schools across the country. I got interviews at Carnegie Mellon, the University of Florida in Gainesville, LSU in Louisiana, and Colorado, the University of Colorado in Boulder. And you wouldn’t probably guess this but that’s where I ended up.

"They were creating a new program called environmental design, and it was to take the old architecture program. And I was one of four people who were selected to create that new curriculum, basically starting from scratch and creating a design program that was also environmentally focused and based its work on problem-solving.

"So now there was an opportunity to use what I learned in graduate school, which was a very scientific approach to design and very different from the Illinois intuitive approach, and I became much more interested in reasons why and how you do things and how things are moving forward. I was able to develop that curriculum in the summer months before the program started. It was a four-month exercise and the program was successful and I enjoyed teaching for the next 15 years.”

“Eventually, I decided I wanted to get away from teaching and become more reconnected to the world and become an architect again. I reached out to some people and ended up accepting a position with a developing company in Baltimore doing projects around the country. In fact, they owned and developed, say, close to 75, 80 shopping centers.

"I spent a good 10 years with them and all of a sudden the economy falls out and I got laid off. I thought, what’s next? It took me a while to get my feet on the ground. A couple of years later I got hired by some designers in Colorado. In fact, they were some of the same people who were working with me at the development company.

"I worked for them for a few years, and then I felt like I was ready to do the work on my own, so I developed an office in Denver and did the same kind of work. It was basically environmental graphic design. I did brand identities for shopping center developments and that was very exciting because I could make the connection between a good design and making money. I thought that was fantastic. To be able to make that connection.

"I learned that through my retail experiences, a good design not only made sense, but it was a very profitable venture. I did that for about four years. One of the projects was here in Minneapolis. It was uptown shopping, uptown center, uptown square, where I developed the crown logo on top of the building on one of the street corners." 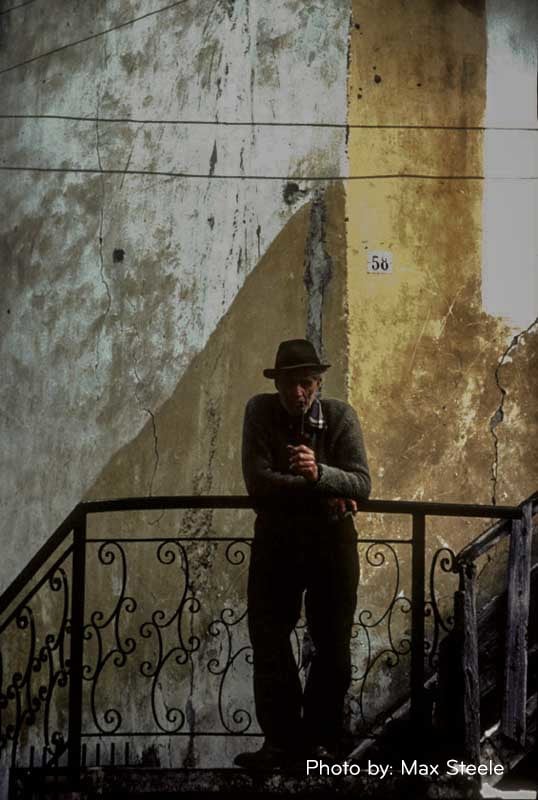 It took me a while to get my feet on the ground.

"Following my retirement, I looked at what I could do, and what I loved doing. And it became very clear, I love the camera. I love working with the camera. I just couldn’t put it away. And it’s always with me. Everywhere I go, I capture the items that are not real clear; simple, ordinary objects. The more mundane an object is, the better.

"A leaf on the ground, a little bit of water that piles up in the rainstorm. Lots of simple items become really important, and you capture those, and you develop photography as a way of seeing this way, of capturing those, and way of presenting them to other people so they can see something in a different way. Something that looks like it’s not very much, it’s not very interesting, but yet becomes very exciting and other-worldly."

"The more mundane an object is, the better."

A New Place Behind the Lens

“What do I do when I transition out of architecture, and I’m looking for the next thing to do because I can’t stop my creative process? Everything. Everything for me is being interesting, creative, and creating new, different approaches, new ideas, new ways of looking at the world. And I find I’m able to do that with the camera a lot. I use a camera to see things, to observe things. And I think as a teacher, I always would talk about the process of seeing. That's really important.

And one way to really see, I mean really see, is to get down deep into things, by using a camera to capture these moments, capture the happening. But also how to find that thing, how to find that place where the light hits something or where the colors are just right, where the themes are right. Whether you find the light hitting something in the right way, you close in, you crop in, and you get close into it. You start to see even more things and you start to see a story that’s there, and you don’t see it if you just kind of walk by. That’s really important to give it an opportunity. And these are very mundane, very simple and also very complex.”

Max has Parkinson’s disease, a disorder of the central nervous system that affects movement. His current symptoms are minor — a slight tremor of his hand that’s hardly noticeable.

"In each one of these experiences, I got different feedback and it became clear to me that they were all related, they were all feeding each other, all making sense out of the total experience and I learned that good design is valuable and it is important to do it in an objective problem-solving way. And I think I’m… I’m not done doing this yet.” 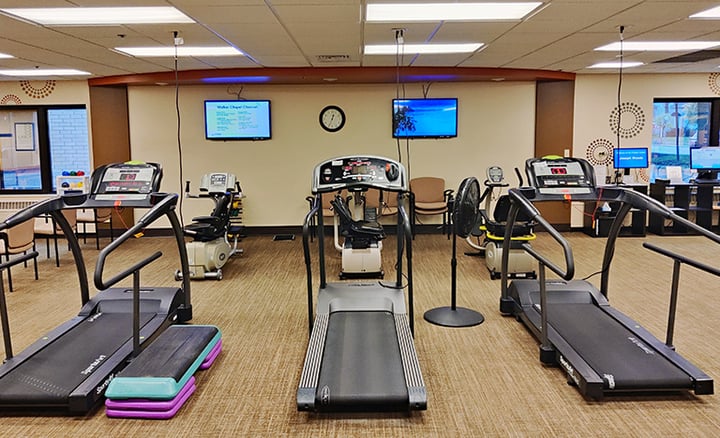