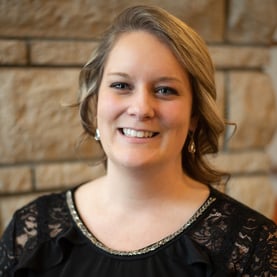 Walker Methodist Levande’s Executive Director, Jaclyn Duren, was elected to the board of the North 65 Chamber of Commerce in June. Duren joins 11 other members.

When applications opened in March, Duren applied and hoped to be able to make a difference in her community. “I wanted to join to get more involved,” said Duren. “I believe that together, we can better the community and make Cambridge stronger, Levande included.”

Duren learned of her election at a monthly Chamber luncheon in May, where an additional member was voted in and another was re-elected. Her three-year term began July 1. As a Chamber Board member, Duren will attend meetings, help connect the Chamber to the community, and serve an active role on at least one committee.

“It’s an honor to be elected. I’m excited to be on the Board,” Duren said. “My parents are on the Chamber Board in another city, so I’ve seen what it means to invest in a local community. I’m grateful to follow in their footsteps of giving back to my own neighbors.”

Duren has served as Executive Director at Levande since 2019, and the senior community is celebrating its fifth year in the Cambridge community.